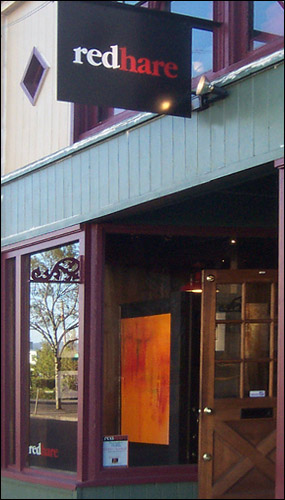 In the summer of 2007, I bought a sailboat and sought out the least expensive marina on the West Coast to move to. Not finding anything near my longtime home in Los Angeles, I decided to sail, single-handedly, to Astoria, Oregon. After a life-changing journey, I arrived in Astoria at the beginning of what became the worst winter in a hundred years. My intention was to live and build Web sites aboard my boat, but after a series of storms and even surviving a hurricane, I began to look for office space Downtown. What I found was a magical place, one block from the Columbia River, in a building built in the '20s that would literally change my life. With innexpensive rent, and much more space than needed for simply working on the computer, the dream took shape, and work began on an art gallery and music venue.

I ran into a few snags along the the way, the biggest of which was getting the permits and building the stage, lighting, and sound system. I needed at least $25,000 to do it the way I wanted to. After exhausting every possible loan source, my friend, the late great Jack Hogan introduced me to Larry, who after hearing what I planned to do, wrote me a check for the entire amount!

With the help of several friends, we remodelled the entire 1300 square foot space. It took about 6 months of cleaning, building walls, stage, counters, sound booth and a stairway. Redhare Gallery opened on May 17, 2008 with a memorable ribbon-cutting ceremony that included my dad, who flew up from L.A., Astoria's mayor, Willis Van Dusen and state senator, Betsy Johnson.

From the very first night, Redhare has gained a reputation for presenting high quality visual and musical art. The stage had seen performances from amazing artists such as Moe Dixon, James Hurley, James Lee Stanley, Jill Trenholm, John Batdorf, and more. The original Jefferson Airplane and the Marty Balin Band played there, and Redhare was even featured on the A&E Television show, Intervention, as one of that show's subjects played 2 shows here - one of which was filmed and aired in 2008.

Unfortunately, due to the collapsing economy, and the small size of Astoria, I couldn't sustain 2 world-class shows a week, on top of trying to make a go as one of several art galleries in the area. I closed the Redhare Gallery in December 2009 with a huge party that many of us will remember forever! It was called FIN, and featured 12 hours of continuous live performances, wonderful food and great memories. Since closing the gallery, and after spending a year in Portland, putting on shows at the Alberta Rose Theatre and Artichoke Music, I returned to Clatsop County, where I've been focused on building websites, marketing, and branding. I am now married to a wonderful woman, and together we've founded Riverfolk, a 501(3)c non-profit to help the homeless in our area. We live in Hammond, at the mouth of the Columbia River. And the memory of the Redhare Astoria lives on!

Click on the buttons above to see galleries of building out the Redhare, the Grand Opening, all of the concert posters and photos from all the shows. 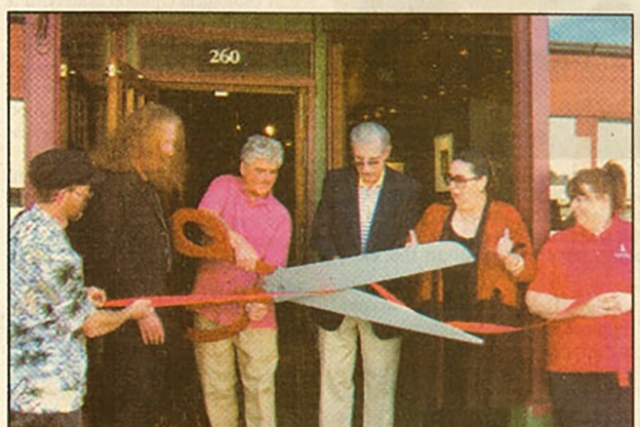 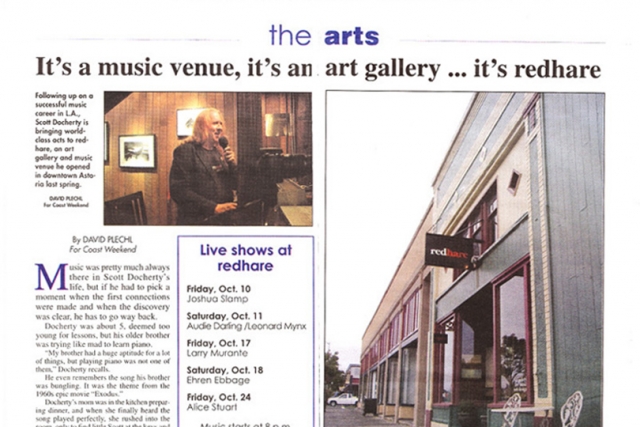 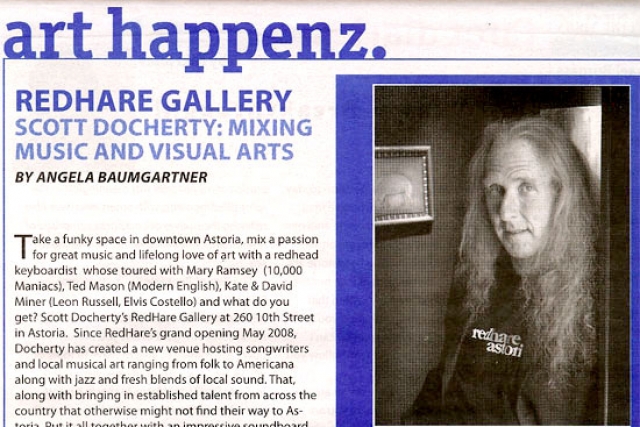 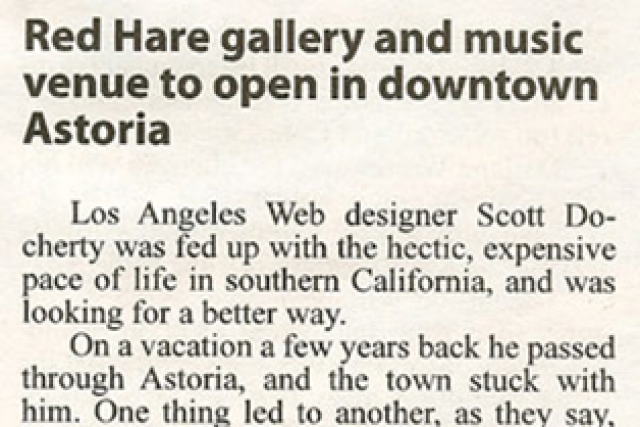 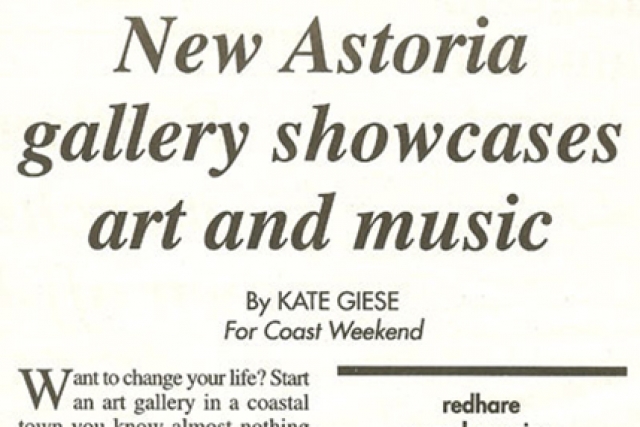 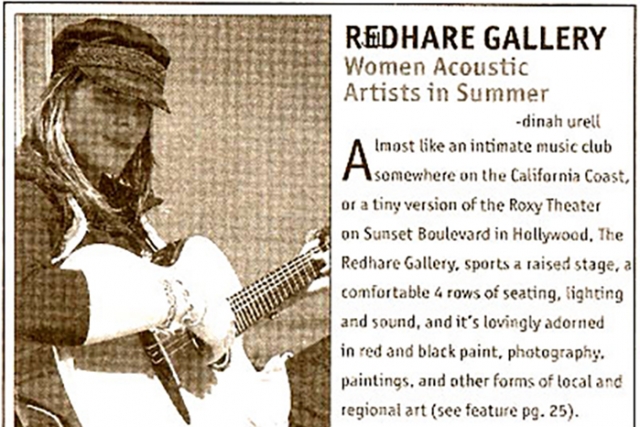 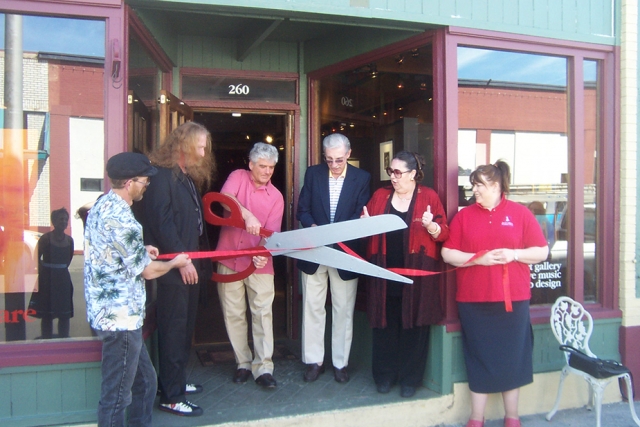 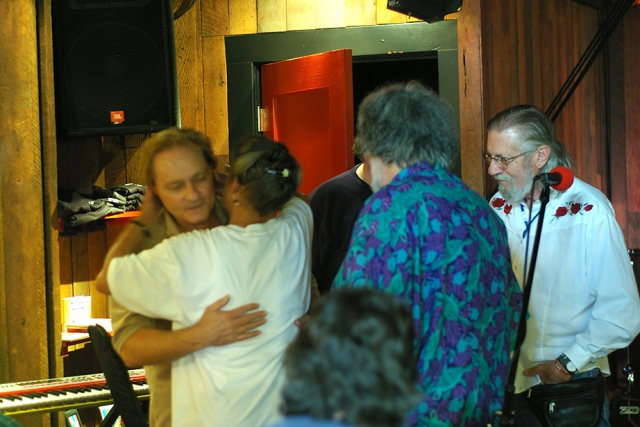 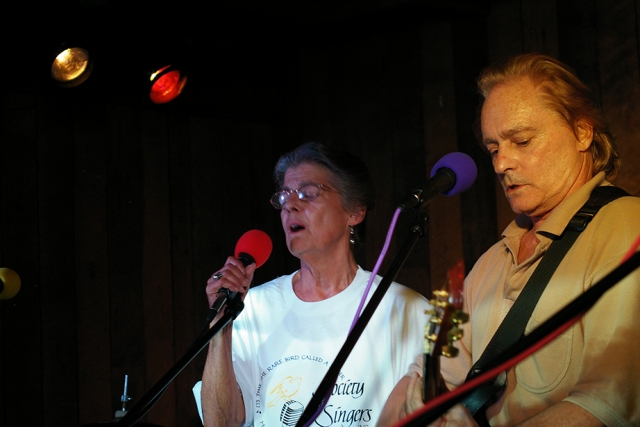 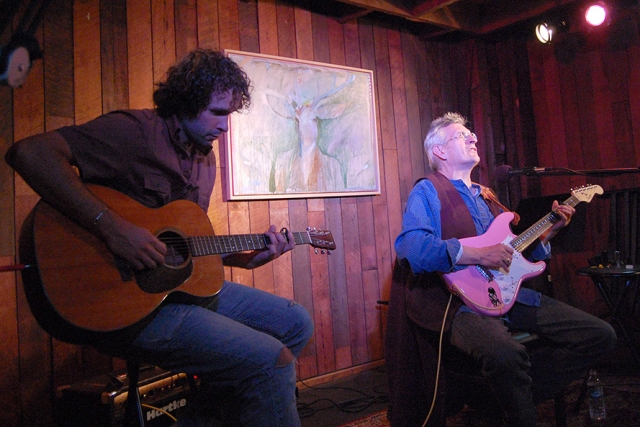 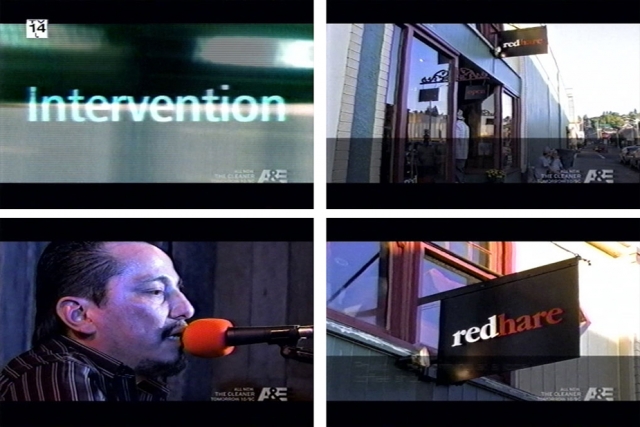 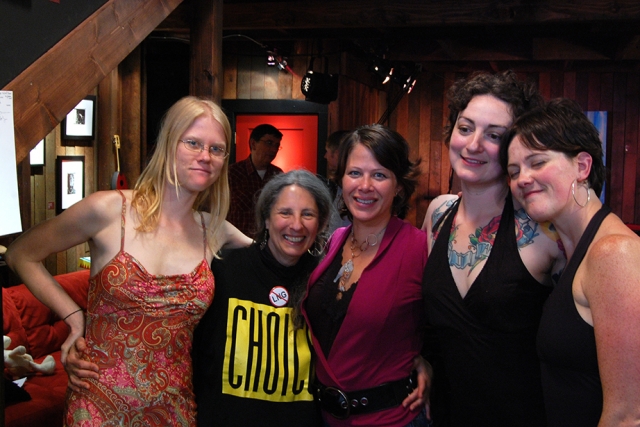 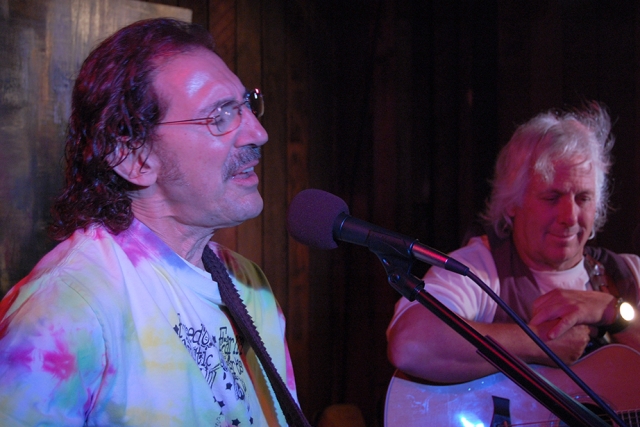 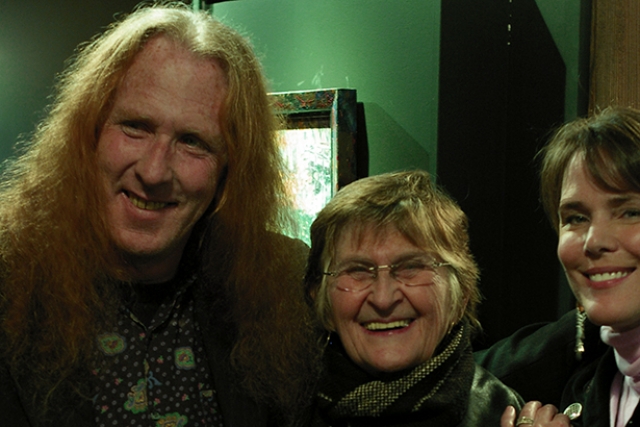 Love at the Hare with Alice StuartFebruary 2009